Unless you live on the moon, or just don’t follow me on Instagram (@kathryn_firth) or Twitter (@kathryn_firth), you’ll know that I’ve been away in Florida & Cape Cod (I’m still there now – I’m leaving to head back to Amherst today..) with my parents over the past week or so. Orlando FL was really a stop on their trip of the east coast to let my sisters experience Disney World, something that I was obviously very happy to get in on..

I’ve been to Disney once before with my aunt, uncle and cousin (catch that post here), but that was a while ago, so I was definitely joining them for their little Disney jaunt. We just spent two days at Disney World (but four in Florida in total – the other two days were spent chilling by the pool to be honest..), the first in Epcot and the second at Magic Kingdom.

Me & sisters by Cinderella’s Castle FL

Inside the Polynesian Resort @ Disney FL 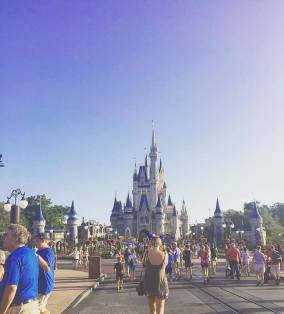 Heading for the castle 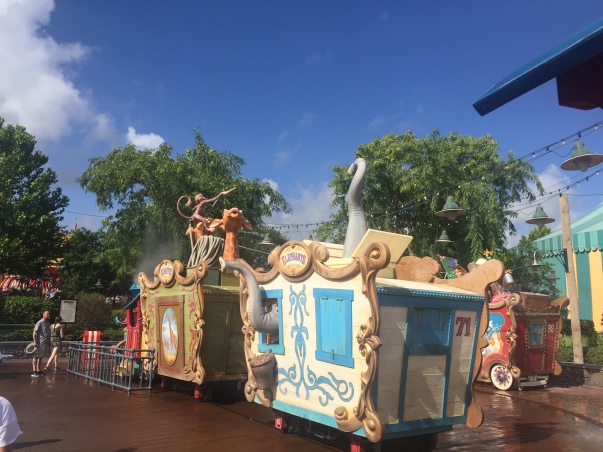 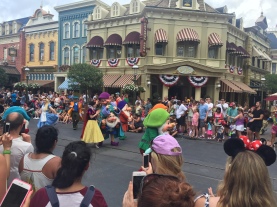 Epcot involved Spaceship Earth, the Finding Nemo ride (super cute!), Mission: Space (Dad, Eleanor and I opted for the Orange mission, Mum and Olivia went for the green..), the Journey with Figment ride (Eleanor got a Figment cap after she was sick on Mission: Space), Soarin’ (a personal fav) and more.

Magic Kingdom included Pirates of the Caribbean (twice for Olivia’s sake), Under the Sea Journey of the Little Mermaid (WHAT a ride, I love Ariel. And Flounder. And Sebastian), Peter Pan’s Flight, Monsters Inc. Laugh Floor, the Magic Carpets of Aladdin (mainly for Olivia, but she didn’t want to go on her own..), Big Thunder Mountain Railroad (heck, yes), Splash Mountain (my absolute favorite ride from the entire two days to be honest) and more.

In the Polynesian Resort 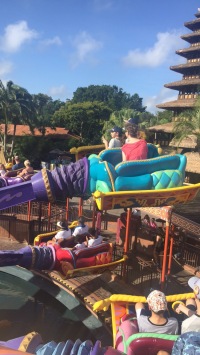 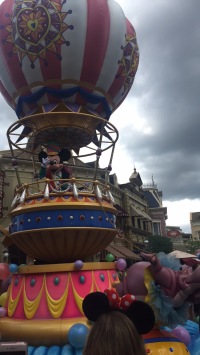 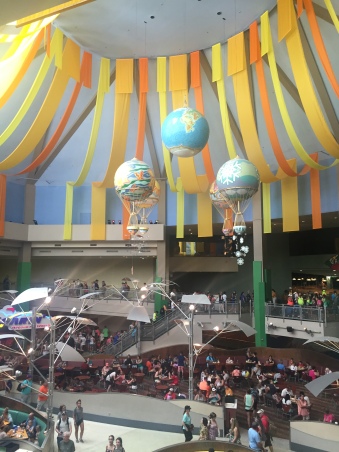 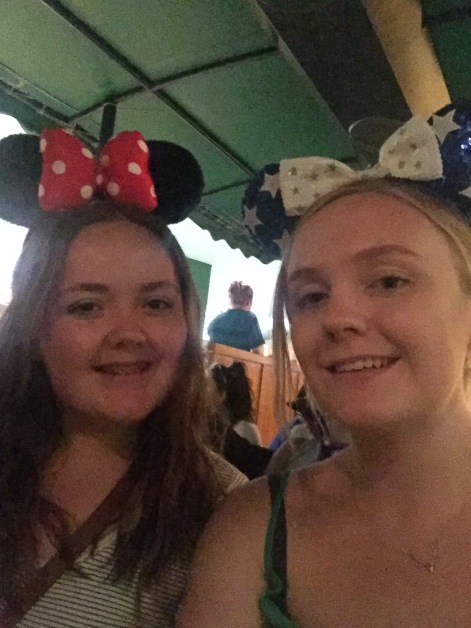 On some kind of ride I think.. 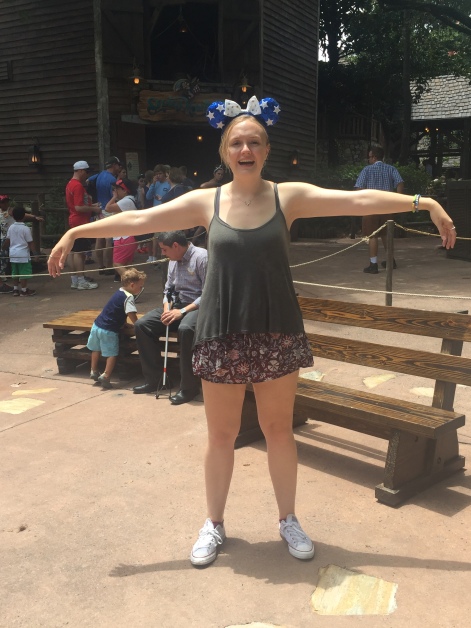 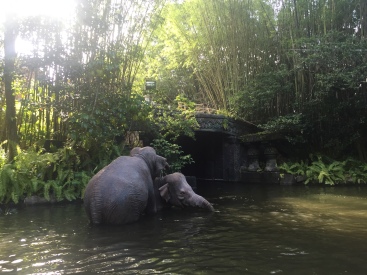